Something for Everybody: A Literary Study 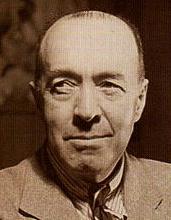 Hello, Mr. Burroughs. I'd love to hang you in my study one day.

So this post isn’t going to be very deep, but then since when are my posts deep? Anyway, here goes.

Pretty much ever since I got into my majors classes at OC I’ve been fraught with guilt. Mostly guilt that I did not enjoy any of the authors that we were reading in class. When people heard that I was an English major, they asked me who my favorite writer was. They would proffer such names as TS Eliot, EE Cummings, Viriginia Wolfe, just to name a few. And whilst I had heard my classmates gush about these people, I couldn’t bring myself to do it. In fact, I could only grimace and say, “No, I didn’t really care for them.”

Now, it’s not that I don’t appreciate these people’s literary genius or the work that they did. I completely understand how well they weilded the English languaged and how they used literature to break social norms. I appreciate that most of British and American history and the emotions of the people can be visualized through these classic works. But do I want to read them? No. Do I want to discuss their themes, characters, and devices? Definitely not.

This made me feel like I was letting everybody around me down. Yes, I absolutely believe I should have studied English literature, but I was like a sub-class major becuase I didn’t really want to talk about any of that stuff outside the classroom.

I’ve now been graduated for three years (wow, has it been that long?) and I think I finally realized that it’s okay to be that way. And it’s okay becuase of this:

You may have read my recent post on John Carter. I went to a panel on Tarzan and John Carter here at Comic-Con this week, and I really enjoyed it. Well, I really enjoyed the part that was a guy talking about his book: Tarzan: His First 100 Years. How Ancient Literature Became Modern Mythology and Created a Ape-Man Mecca in Southern California.

It’s a really long title, but basically it was about how all these different ancient mythological characters influenced Tarzan’s creation, and then how Tarzan himself went on to inspire Superman and other superheroes. It was really interesting! I’d love to talk about it for even more than the twenty minutes that we got in the presentation.

When I think about the classic authors that I’d like to have present in my “dream study” (the place where I WILL write all my bestselling novels in the upcoming years), I think about people like Ernest Hemingway  and Jane Austen (okay, so we did read those guys in school, but I feel like Hemingway got glossed over).

I think about Edgar Rice Burroughs and Arthur Conan Doyle and the contributions they’ve made to literature and media and how they still influence us. I think about George Orwell and Jules Verne. All these authors influenced me in many ways, some of which I may not even realize at the moment.

We could also talk about the authors that influence me that aren’t dead yet, but since this post was inspired by my Brit Lit and American Lit classes of yore, that will have to be for another post.

I guess what I’m trying to say is that there is somebody for everybody. Just remember that your literature classes can’t cover every single author who ever made a difference in the world. The Norton Anthologists(and your professors) have to pick and choose based on who they think made the most impact to the most people. That doesn’t mean that they have to necessarily impact you. Just make sure you find those people who do. Figure out which authors speak to you, and then go read them, and talk to other people about them, and go to lectures where they discuss the historical impact they’ve had on the world.

And then maybe, just maybe, you can turn that around and influence the world around you, too.

One Response to Something for Everybody: A Literary Study