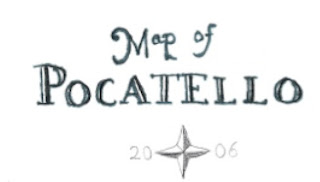 “If you must know, I didn’t know he was the fiance when he plopped.” –Alex
In this movie, Emma is confused how Alex’s plot and characters can develop even while he’s in the middle of writing the story. Two pages before, the main character meets John Shaw. Then he conveniently finds out that Shaw is planning to marry the main character’s new employer. Coincidence? Definitely not!

Although it’s a bit contrived in Alex and Emma, and the plot ultimately reflect’s Adam’s past and poor life descisions, this spontaneous working of the plot with convenient results often happens in real life. I was just thinking this morning about my character Mr. Lukas from my nanowrimo 2009 novel. By the year 1194 in the land of Pocatello (when this novel was set), it’s very, very unusual for someone to not have magical powers. But I had already developed the character of Lukas without detirmining what his power was. When I got to his part of the story in November, I had to quickly come up with some passive power for him that wouldn’t detract from who he was or his function in the plot. I couldn’t give him charisma, because that would make his rise to fame seem fake, and I wanted him to be a strong character who worked his way up the social ladder. He couldn’t have anything active (like tekenesis, fire manipulation, or even telepathy) because then the enemy would take him way too seriously and lock him up tight, or even kill him after they had all the necessary information from him.
So I decided to make him an Earwig–I have idea where I got the idea that one could have super hearing, but that’s what I gave Mr. Lukas. And suddenly, it solved some problems.
It explained why the Flubberians had left him locked up alone (so he couldn’t hear any enemy plans).
It explained how he found out that Phillip was still alive (the two assassins who didn’t know where Mr. Lukas was held slipped into a back corrider to discuss the operation where King Carlos wouldn’t hear them).
It explained how he managed to escape the castle and get out of Flubber (he could hear their footsteps in the hallways in enough time to go down a different corridor).
And it didn’t take away from his natural leadership abilities, it didn’t hinder his loyalty to Phillip, and it didn’t make him sympathize with the Greens (Lukas’ three main character traits).
In fact, I like this power so much that I gave it to another character Last night I indulged myself in looking through my other stories from Pocatello (yes, sigh, there are more) and realized that my hero from another time didn’t have any powers yet. The main character trait of this man was that he was a war veteran from the Flubberian civil war, but even by the year 382 (the year of the war), many people had powers, and it would be just ignoring the whole point of the war not to give him one. So what do I do? I make him an Earwig. Now he’s essentially the same person, didn’t really improve his fighting all that much (maybe even hindered it if the sound of all those bullets gave him a headache) and then the introduction scene to the other main character doesn’t have to be an awkward outburst in a bar, instead he can just overhear her heated conversation with the bartender in the back.
Don’t you love it when things turn out like that? Unless you’re a writer, probably not 🙂
*For more information than you ever wanted to know about magical abilities and the Flubberian civil war, feel free to ask me, I love rambling about my made-up world*

In other news, first two PAID days at Tate went very well. Working on reading more slowly and getting to know the other girls at my table without sounding intrusive. Sean is trying to get temporary security clearance so that he can start working on stuff at his job, and then I’ll never get to know what he’s working on because it’s a SECRET.